In accordance with current Connecticut business guidelines, visits and attendance by the general public is limited to the published Lime Rock Park spectator events calendar. Thank you for understanding.

Anyone traveling to Connecticut from a state or territory, other than New York, New Jersey, or Rhode Island is directed to self-quarantine for a 10-day period or test negative for COVID-19 in the 72 hours prior to arrival. The latest information regarding the Regional Travel Advisory can be found via the following link https://portal.ct.gov/coronavirus/travel

Luigi Chinetti Junior, has graciously accepted the position of the Honored Guest of Historic Festival 37, the five-day vintage racing event to be held over Labor Day Weekend, Aug. 29 - Sept. 2, 2019.

Son of Luigi Chinetti Senior, who was internationally known in motorsports as well as the automotive industry. Chinetti Senior earned three overall victories at the 24 hours of Le Mans, found and established a profound relationship with Enzo Ferrari, and played an integral part in the establishment of the Ferrari legend here in the United States.

Enzo Ferrari appointed Chinetti Sernio as his Ferrari factory agent in the U.S. and he opened the first—and for a while the only—Ferrari dealership in the country. Later his territory became all areas east of the Mississippi River. The tradition associated with Chinetti continued to draw clients from all areas throughout his career. In addition to handling Ferrari, Chinetti Motors was also U.S. agent for Automobili OSCA of Bologna until 1967. The showroom of his Greenwich, Conn., business remains open, owned by Miller Motorcars, a Ferrari-Maserati dealership.

The first sale Chinetti Senior made through his Ferrari dealership was sold to Briggs Cunningham for racing, which ultimately ended up in Cunningham's motorcar museum. Most of the sales Chinetti made were, however, kept secret to protect the privacy of his wealthy clients.

Chinetti Senior also was the founder of the North American Racing Team, an official arm of Ferrari. It became the team that established the high ranking of Ferraris in American racing circuits, and largely, was responsible for Ferrari's survival as a retailer of cars through the quantity he sold to wealthy individuals in North America. The team, sometimes abbreviated as N.A.R.T., also had a very successful endurance racing program both at Sebring and at Le Mans, right into the 1970s. In addition to the racing cars, the team commissioned many limited-run special variants of Ferrari road cars, most notably, the spyder version of the Ferrari 275GTB/4.

Chinetti remained in Greenwich after his retirement and died in 1994 at the age of ninety-three.

Chinetti Junior, Coco to his many pals, has done exceptionally well in building his own persona, one that’s not necessarily in competition with that of his father, but containing essential elements of it.

Times are different. Competition for attention in the world in which Coco grew up is far more intense than it was in the ’30s and ’40s when his father was carving out his place in history. It's entirely to his credit, therefore, that his personality and interests, while containing elements of his father, are not dominated by them. Rather, CoCo’s interests are flavored with his own passions, his own strong personality, and above all, by a spirit of generosity as well as good humor.

Coco finished fifth overall and class winner in a Ferrari Daytona at the 24 Hours of Le Mans in 1971. He and Bob Grossman drove the car. Coco designed and built some extraordinary Ferrari cars. 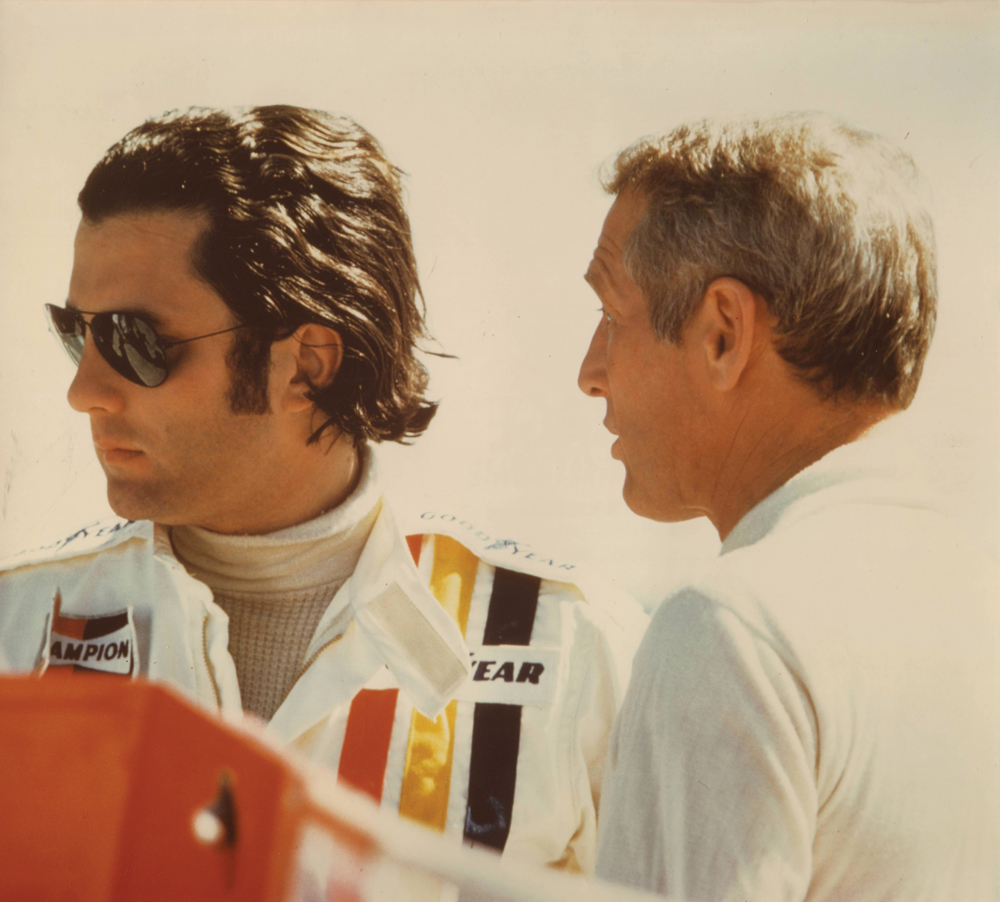 Pictured above, Luigi Chinett Junior in 1975 with Paul Newman in Bonneville when he broke the world record for speed in his class.

Learn more about the Historic Festival at www.limerockhistorics.com